What's up with Spring? 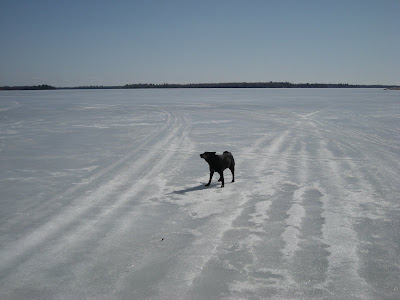 The past few weeks have been warmer than normal. The lake is snow-free, just bare ice. Still plenty of it, but I would be careful where I went! Maggie thinks it's o.k. though....... 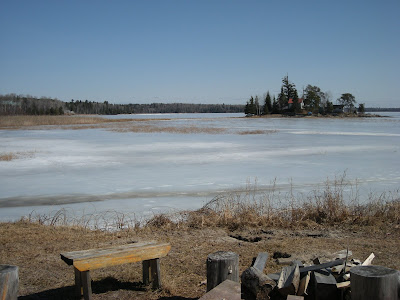 Very little snow is left on the ground, or in the bush, and the lake looks somewhat low. It's hard to make predictions, but we could sure use some moisture to get the creeks flowing and the lake level back up. In this picture you can see the end of the creek starting to turn dark.....thin ice! 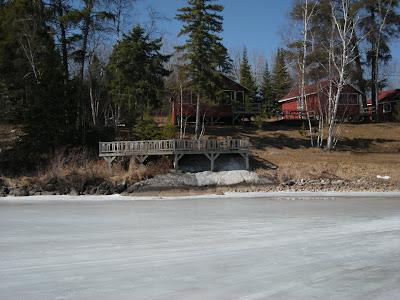 The forecast is showing some cooler weather which is good since I plan on doing a little more ice fishing. 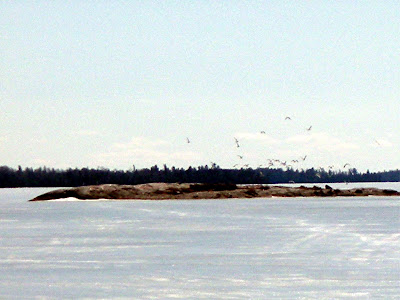 Two days ago the gulls showed up, which is about two weeks earlier than last year. The notorious eagle pair have been hanging out on their perch for at least two weeks.....probably scoping out the gull rock for a potential meal! A good sign is that the gulls are already chasing the eagles away.....they are still "smarting" over the decimation of their hatch-lings two years ago.