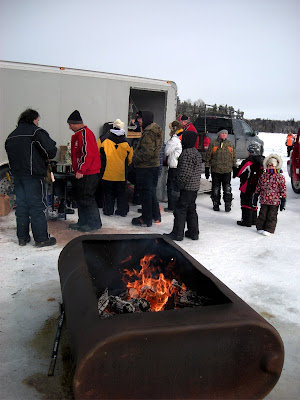 The fishing derby was held on the ice just off the government dock. Here is the outdoor firepit made out of a fuel oil tank. Hot dogs, and weigh-in station in the background. 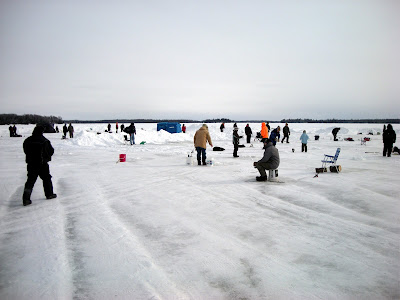 A few of the folk braving the howling north winds for 3 hours of intense competition. 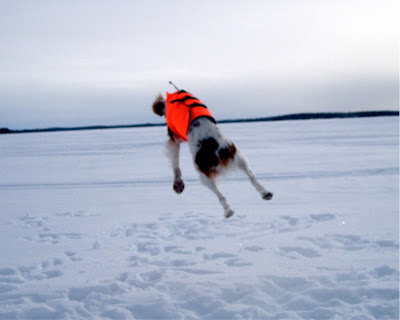 I was most interested in some of the non-fishermen......such as this dog who spent most of the 3 hours jumping in the air for balls of snow thrown by some of the kids. 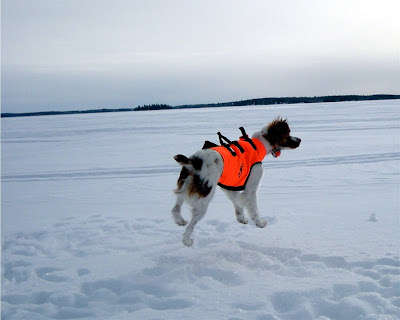 Here he / she is seemingly hovering in the air. Nice vest! 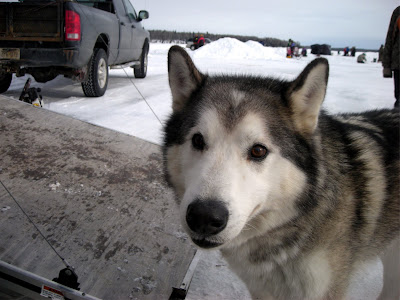 Wolfie, who is part wolf and husky, spent his time hanging out by the hot dog grill and smokies.

I will post some of the fishing related news regarding this competition tomorrow. Let it be known that I was the only competitor to actually catch something..........but due to some controversy, the title was "ripped" from my grasp..... Details to follow.............