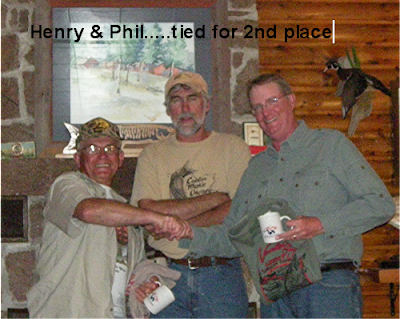 Last year's winner, Henry Marowski, and Phil Moy congratulate each other after coming in second place with a pair of 27 inchers. 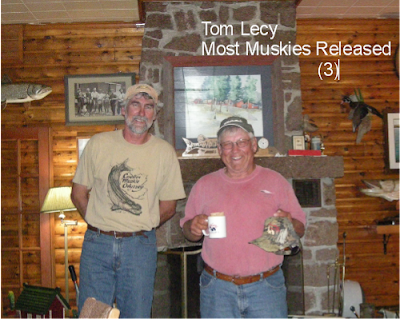 Tom Lecy was a pike angler up until this trip where he landed 3 muskies using his home made spoons made out of.....spoons! Nothing huge, but Eagle Lake muskies non the less. Catching one is always an accomplishment. 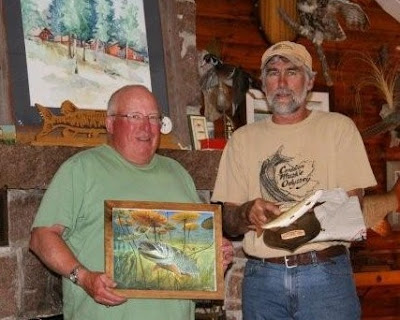 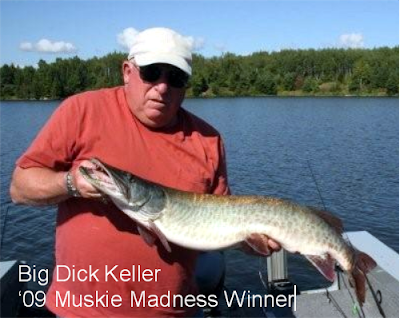 ........And here is the winning fish, 35 inches of finned fury!
All in all it was a fun time, with good folks, good food, and plenty of muskie fellowship. While the weather conditions seemed to shut down the big fish we still managed to have 7 muskies entered during the week. As usual, some bigger fish were seen as they thumbed their noses at our offerings. We have set the Muskie Madness Week dates for 2010 and hope to see you there.......September 11th to 18th, 2010.