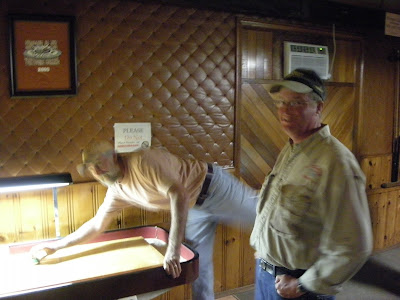 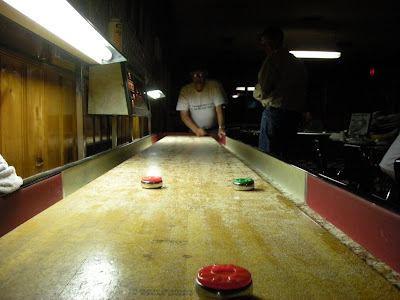 The tension mounts as "Honourary Dick", Dan Kornelyk, takes to the shuffleboard table. 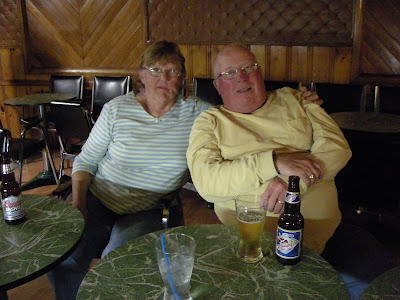 2008 Champ, Big Dick Keller, kicks back with Joan Kornelyk while sipping on a cold "O.V." 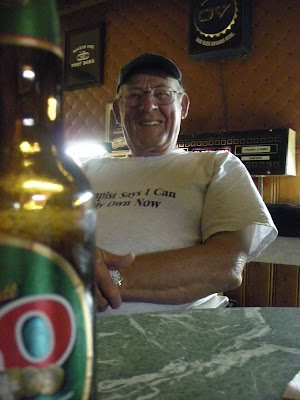 Dan poses for the camera while hiding behind a bottle of Labatts 50. 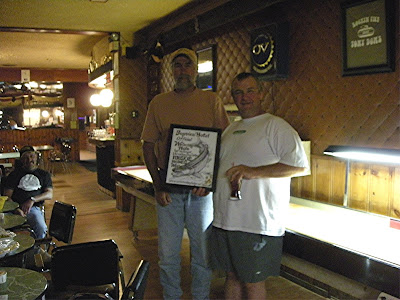 John Garrett and Gord after the final playoff game which was fast and furious. A close game but Gord's experience outperforms John's "aiming juice". Now let's get back to chasing muskie!